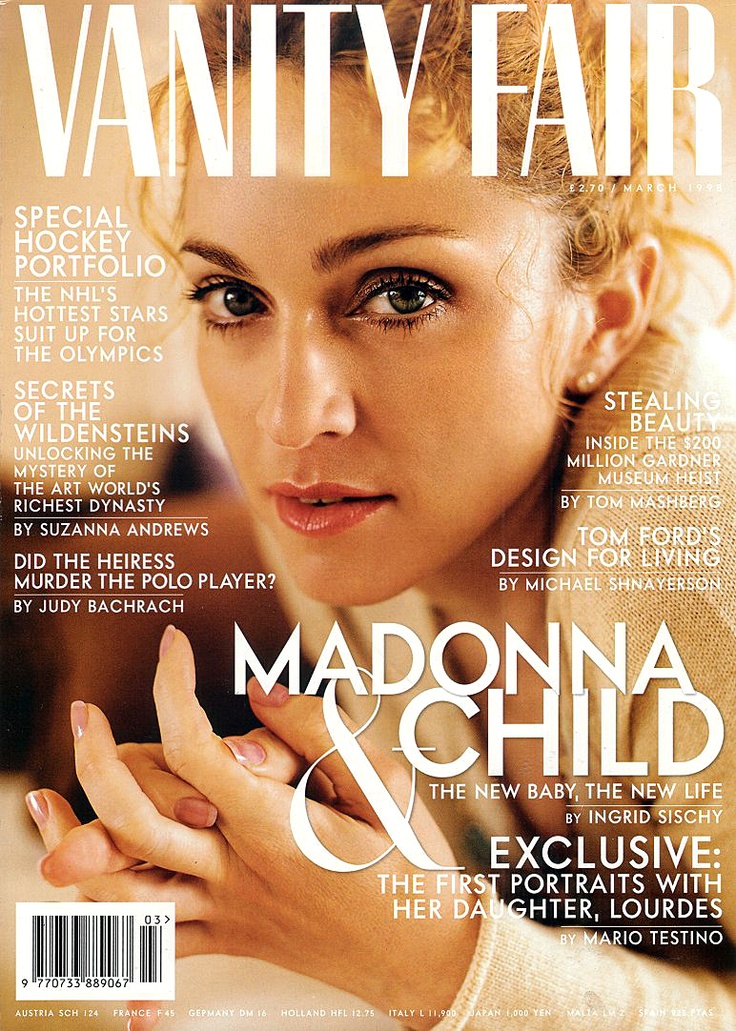 "Take A Bow" peaks at #1 on the Billboard singles chart. 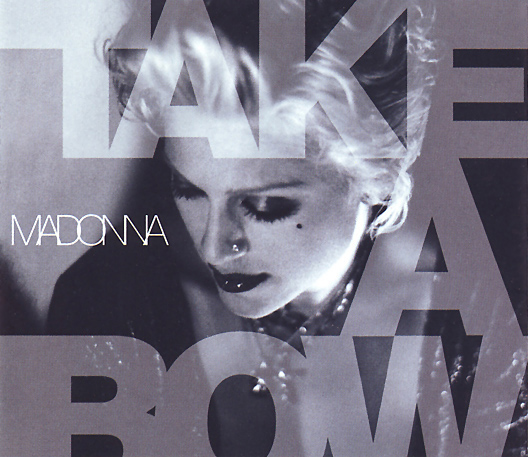 Take A Bow
Single by Madonna
From the album Bedtime Stories

The music video for "Take a Bow" was directed by Michael Haussman in Ronda and the bullring of Antequera, Spain. The plot sees Madonna as a bullfighter's neglected lover, played by real-life Spanish bullfighter Emilio Muñoz, yearning for his presence. The video won Best Female Video honors at the 1995 MTV Video Music Awards. Madonna performed "Take a Bow" live with Babyface at the 1995 American Music Awards and at the 1995 San Remo Festival in Italy.

"Take a Bow" was written and produced by Madonna and Babyface. According to Musicnotes.com, the song has a moderate calypso feel and 80 beats per minute. Madonna vocal range on the track is Eb3 to C5. The song contains oriental pentatonics and strings, giving the impression of Chinese or Japanese nights and their opera. Madonna sings the song in the sleepy languid mood that characterises the songs from Bedtime Stories. The chorus expresses the theme of saying goodbye to a lover who had taken her for granted. The title plays upon the verse in the song "all the world is a stage and everyone has their part," a reference to the line by William Shakespeare in his play As You Like It, "All the world's a stage, and all the men and women mere players".

Billboard gave the single a very positive review, calling the song a "plush pop ballad" that's "as close to perfect as top 40 fare gets." Adding that it has a lead vocal that is "both sweet and quietly soulful". In 2013 Billboard allocated "Take a Bow" the number four spot on its list of "Madonna's Biggest Billboard Hits", declaring it Madonna's second-most successful single of the 1990s decade after Vogue.

"Take a Bow" was a huge success for Madonna on the Billboard Hot 100 chart. It topped the chart for seven weeks and is her longest-running number-one single on this chart. It was her 11th single to top the Billboard Hot 100 and her 23rd top five entry-both records for a female artist. She also replaced Carole King as the female who had written the most number one songs. "Take a Bow" became Madonna's fifth number-one single on the Adult Contemporary chart in the United States, following "Live to Tell", "La Isla Bonita", "Cherish", and "I'll Remember". The song is also notable as Madonna's last single (to date) to make the top 40 of the U.S. R&B chart. The single received the remix treatment from prominent DJ and record producer Steve Hurley. On February 27, 1995, the single was certified gold by the Recording Industry Association of America (RIAA) for shipping 500,000 copies. According to Billboard Magazine, it was one of the best selling singles of 1995, selling 500,000 copies in that year alone.

Although the single was a huge hit in the United States, it performed moderately in the United Kingdom and peaked at at number 16. "Take a Bow" ended Madonna's record string of 35 consecutive top-ten single on the UK Singles Chart from "Like a Virgin" (1984) to "Secret" (1994). According to The Official Charts Company, the single has sold 102,739 copies in the United Kingdom, as of August 2008. In Canada the song topped the charts, becoming her 12th number-one single in that country.

The music video (directed by Michael Haussman) was a lavish period-style piece filmed from November 3–8, 1994 in Ronda and in the bullring of Antequera, Spain. The plot depicts Madonna as a neglected lover of a bullfighter, played by real-life Spanish bullfighter Emilio Muñoz. Madonna's character yearns for the bullfighter's presence, with erotic anguish. The video can be viewed as a statement on classism, supposing the bullfighter feels threatened and angered by the aristocrat's station, resulting in his physically abusing and then coldly abandoning her. It has also been argued that in the video Madonna "subverts the gender structure and masculine subjectivity implicit in traditional bullfighting." This is achieved through the "feminization of the matador and the emphasis on Madonna's character" and also through Madonna's "dominant gaze" as she watches the matador perform." In an interview with MTV's Kurt Loder on the set of the music video, Madonna said that when she was initially writing Take a Bow the inspiration for the song was an actor, but she wanted the male character in the video to be to be a matador instead because she wanted the video to be about an "obsessive, tragic love story that doesn't work out in the end" and a matador would be more visually effective in expressing the emotion of the song. Madonna also requested that Haussman give the video a Spanish theme because, at the time, she was lobbying for the role of Eva Perón in the film version of Evita. She subsequently sent a copy of the video to director Alan Parker as a way of "auditioning" for the role. Madonna eventually won the role of Perón.
Madonna's 1995 single "You'll See" is considered a follow up to "Take a Bow", as Madonna and Emilio Muñoz reprise their roles in the music video. (Wiki)